HEY GUYS IT'S REALLY LATE AND I'M A BIT HYPER. I've got my second blast of energy so I thought I'd put up a blog post :) I'm not doing an October favourites this month as they would be pretty much the same and that would be boring!

This blog post is going to be a first impressions on the Sleek 'i-Divine' Eye Shadow Palette in 'Au Naturael'. I've been a bit late to jump on the Sleek bandwagon but I thought it would be a substitute until I (hopefully) get my Urban Decay Naked 1 palette!

It has 12 colours and costs £7.99 at Superdrug. There are a range of different palettes but I wanted this one as I felt it was the most wearable. It's very thin and has a HUGE mirror so prefect for taking on your travels!

After doing swatches of the colours, my favourites so far are Taupe (6th one along on the top) and Conker (1st one on the bottom row). They're both shimmery colours but there are matte colours amongst them. I wasn't overly impressed with the pigmentation of the swatches of the first 5 colours but I have yet to try them out with brushes and on the eye.

I'm thinking of doing a little series of looks you could do with this eye shadow palette? Comment below if you would like that!

See you soon and stay insane! 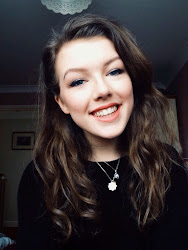 Blogger and aspiring surface pattern designer. Not totally sane, I hope you aren't either.